You are walking around your yard one nice early fall weekend and you notice that there are twigs falling out of your tree. 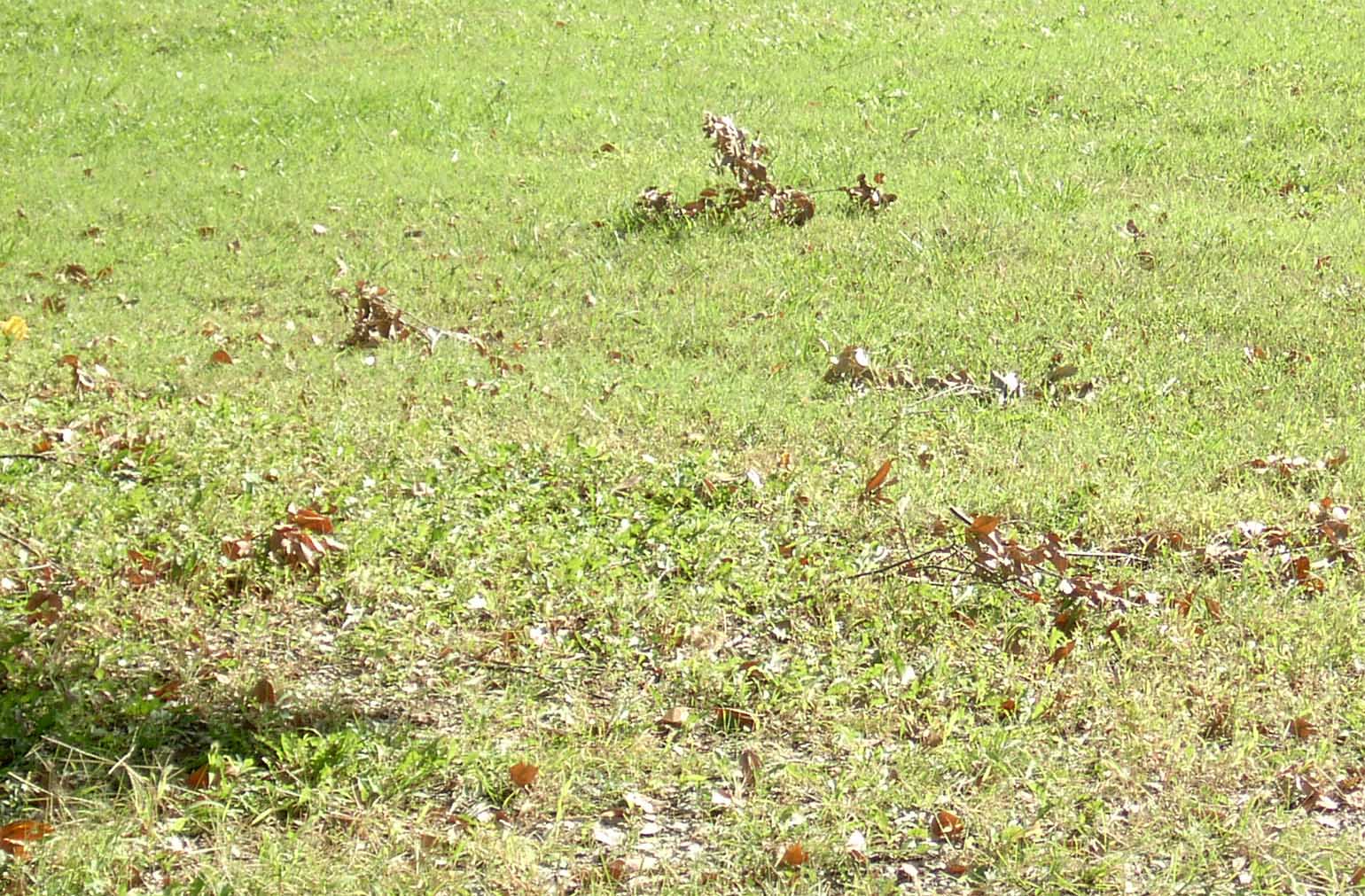 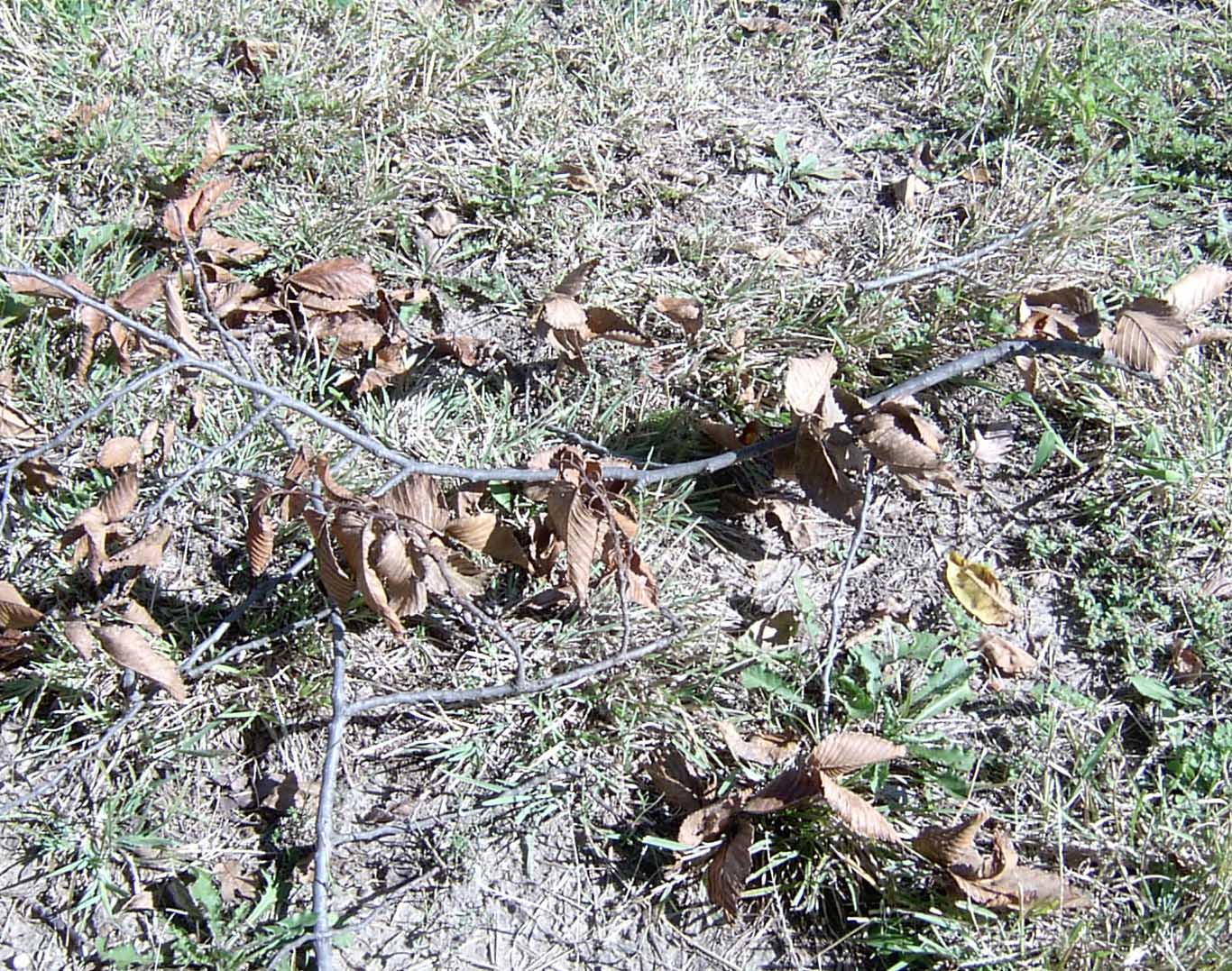 As you pick these up you find that the ends have been very neatly and squarely chewed through.

This is caused by an insect, the Twig Girdler (Oncideres cingulata).  If this was squirrel damage, it would have been much smaller branches with more slender twigs and the separation point would be sliced through at an angle as if cut quickly by a knife. While most often a pest of the native elms, it will feed on several other species of trees.

The insect that chews these off is a beetle that is approximately 3/4 of an inch long and is shown below.
Following two photos courtesy of Dr. David Rintoul, Kansas State University

Prior to chewing this limb off, the female chews small notches in the branch and lays eggs in these notches.  (See photo below) 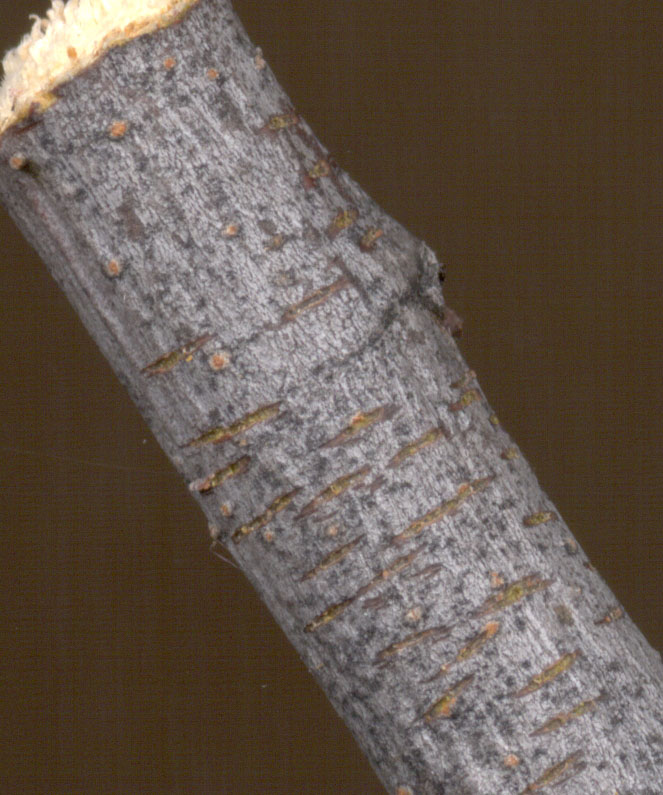 The wind eventually blows these branches out of the tree, the branches (and the eggs) are then dispersed around the area.  The eggs hatch in the fall and the small larvae burrow into the branch and lay dormant over the winter.  In the spring the beetle larvae will feed and develop rapidly in a tunnel inside the branch.  Late in the summer the adult beetles emerge and the cycle begins anew.  Chemical control is neither effective nor recommended.  Collect the loose branches and burn them or place them in the trash to reduce the population for next year.  While the damage can seem unsightly, very little damage is actually done to the tree.

Additional details on the twig girdler can be found on the K-State Research and Extension's web site (click here).